The following quotes are from participating lenders of the 2015 Collecting Cultural Icons series, Part 1: Just Getting Started.

END_OF_DOCUMENT_TOKEN_TO_BE_REPLACED 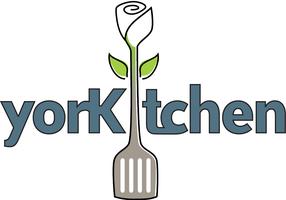 May 3 Creative Kitchen Benefit for YorkArts

What: Learn a new and creative approach in the kitchen with this hands on creative kitchen event! A $100 fee includes $50 worth of food, a variety of seasonal recipes, and 20 portions to take home.
When: Sunday, May 3, 1:30 to 4:30pm

Who: Hosted by Colleen Dwyer, Abbi Ferree, and YorkArts
Where: Yorkitchen in Central Market (enter through Cherry Lane)
Why: To support YorkArts and their Get Creative York initiative, showing that art comes in many forms.
How: All attendees are required to preregister by contacting Abbi Ferree at 717-891-7004 or aferree1985@gmail.com. Spaces must be reserved and fees paid by April 25.

END_OF_DOCUMENT_TOKEN_TO_BE_REPLACED

VIP Tour of the Grumbacher Collection

On Tuesday, April 14th, Creative York will be hosting two 30min guided tours through Mr. Tim Grumbacher’s impressive art collection on display at the Bon Ton Corporate Center, 2801 E Market St, in York. The first tour will begin at 12:00pm, and the second at 12:45pm. Reservations are made on a first-come-first-serve basis and attendance is limited so email gallerydirector@yorkart.org or call 717-848-3200 to sign up today!

END_OF_DOCUMENT_TOKEN_TO_BE_REPLACED

In Memoriam and with Gratitude – Guy J. Alosa, Jr.

Guy played an instrumental role during YorkArts’ infancy. By courageously communicating his passion and vision, he established the relationships with the first donors that would sustain YorkArts during the early growth years. In 1997, Guy’s business and finance experience was crucial in the financial and contractual discussions that led to the acquisition of 10 N. Beaver St., which was YorkArts’ first permanent home and remains its current location. His ability to read people and assess their potential led to the hiring of the first full time staff, among them the first executive director, Joanne Riley, who later went on to lead the Cultural Alliance of York County for more than 15 years. Guy also fostered the development of long lasting core programs, such as Art in the Parks.
END_OF_DOCUMENT_TOKEN_TO_BE_REPLACED

La Luz de la Gente is in partnership with

The Waterworks Art Project is Generously Sponsored By