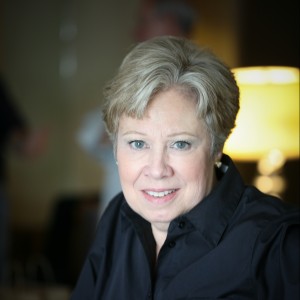 Kathy was instrumental in Creative York’s development, both in renovating its physical space on Beaver Street and introducing concepts for programs that continue today. She was the construction liaison during the first capital campaign to obtain a building in 1999, then served on the Capital Campaign Council for the recent Capital Campaign in 2015. When the bylaws required updating in order to protect the integrity of the growing organization, she stepped up and played a major role.

Creative York currently offers hundreds of classes with a focus on arts education for everyone, and that concept had its roots with Kathy. Many years ago she created the Girl Scout Program, the organization’s first organized educational programming, which laid the foundation for expansive class offerings since then. The mission to provide arts education was honed through her leadership.

Twenty-six years ago, when Creative York was the grassroots YorkArts, there weren’t other organizations doing what they were doing. She and others planted the seeds, and it is rewarding to see what has bloomed downtown because of their passion and determination.

When Kathy and her husband moved back to York more than 30 years ago, Kathy reached out to Guy and Georgette Alosa. She was seeking a way to volunteer her time, to be involved in the arts in York. Kathy was proactive about making change, and this has made all the difference. Since then, she has witnessed many future leaders come through the volunteer ranks at Creative York; they have gone on to become teachers, art store owners, senior staff at Creative York, and leaders of other arts organizations.

Kathy is inspired by the younger generation who has embraced the city and settled in downtown York. Her hope for York is that the arts will continue to grow and bring more people into the City, becoming a destination and model for other cities.

“Art can let us see the world in a different light. Everything you see around you is somehow touched by creativity – the buildings we live and work in, the furnishings within, the books we read, the colors we see, the clothes we wear, the songs we hear – mostly because of the people who create, nurture, and inspire others.” – Kathy Butera 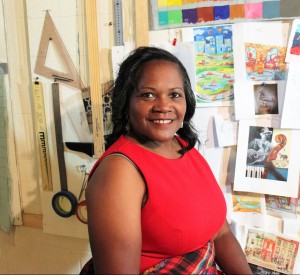 Ophelia Chambliss is an influential artist; she is the type of artist whose art goes beyond the canvas, beyond a profession.

She is a graphic designer, visual artist, and adjunct professor. So far, she has had 16 solo exhibits, participated in five special exhibitions and/or lectures and 166 group shows around the country. She has nine permanent installations and notable commissions, and 29 public and permanent art items throughout Central PA. But her art is also her personal mission. She uses it to better the world – to empower young people, to bridge the gap of race relations and self-segregation. She sees art as a means to connect disparate groups for the greater good.

Ophelia has been invited to speak and present her work to schools as well as private organizations. Following her presentations, she often hears that she is “more than an artist”, as her presentations go beyond the visual image and what the viewer can see, to the message, what she calls the “back story” behind it.

Her presentations leave the viewer visually entertained, but also mentally stimulated to think of and see things differently.

Using art as a language to work with marginalized populations, Ophelia works with adjudicated youth who have social, personal, and academic challenges while being within the system. She doesn’t teach the methods of artmaking, instead she uses her art to teach youth and others difficult concepts like mathematics, rhetoric, and quantum physics. The visual support helps her students discover strengths they did not realize they have, experience success, and solve problems.

Ophelia is an artist, a professional, a community activist and an art advocate. She creates profound visual works, but then takes the extra step to teach us how to engage with them.

“I feel that art is powerful, art inspires. Art is a means of Persuasion, Translation, and Education. Art is a tool, a techne, and for some, it is a language.” – Ophelia Chambliss 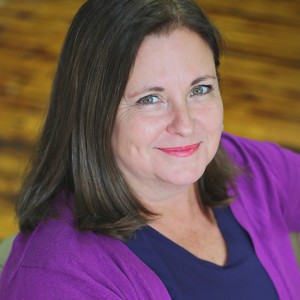 Downtown is booming. Developers and community members are enhancing the different districts, people are moving into the city, and visitors are coming from all over for First Fridays and other special events. But it wasn’t always that way.

When Caroline Morris first opened her premier gift shop Kimman’s 12 years ago, the block on Beaver St. and Philadelphia St. was pretty “dismal”. There was Central Market, the White Rose, a maternity shop with limited hours, and the Camera Center. But Caroline loved downtown; she and her husband lived in the Yorktowne when they first moved to York in the 90’s, their church is downtown, and they frequented Central Market every Saturday. She was drawn to the vitality of city life.

Kimman’s has had several growth spurts since 2004. They’ve expanded three times, and now occupy about five times their original space. However, Caroline doesn’t confine herself to her shop space. She has been involved in improving downtown in several important ways, including serving on the Board of Directors and committees for organizations such as Downtown Inc., York Little Theater, and the Strand Capitol, and leading the Beaver St. Merchant Group with Melissa Grove of Sweet Melissa’s for eight years.

Caroline’s business acumen in finance and sales is something we all are benefiting from now. Caroline set the stage for other small businesses to thrive downtown. She joined forces with her neighbor Sweet Melissa’s to market downtown as a destination place to shop. She dedicated herself to Kimman’s and her customers, setting longer and reliable business hours, and spearheading monthly First Fridays to get people downtown. She helped build the audience that has allowed other boutiques to settle downtown and be successful.

“One of my accounting professors in undergraduate school told us that creativity would be the strongest asset we would bring to any endeavor. Who knew that a number cruncher would say something to me that 40 years later still resonates each day? We are constantly improving, and always looking for ways to do it better or different.” – Caroline Morris, owner of Kimman’s Co. 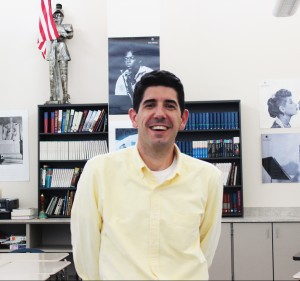 Greg Wimmer is a social studies educator at Central York High School, where he has taught for twelve years. Central York School District’s philosophy is that education is a customized experience for all learners. With the support of an innovative administration, what Greg is doing with his students is truly pioneering a new way of delivering secondary education, focused on depth of information as opposed to amount of information, with a shifting emphasis from content to thinking skills.

Greg’s own teaching philosophy contains two ideas: There is a story about humanity in every learning experience; build opportunities for students to understand it and add to it. Thinking skills are paramount; push students to “think different.”

Just last year, Greg and two of his fellow teachers – English educator Wes Ward, and Art educator Jim Grandi – created a program called Apollo. In the Apollo program, students get a choice over content, style, and project, which naturally develops their creativity and critical thinking skills.

Each project has to include an English, social studies, and art component. The projects are completely student-directed under a broad theme, with the three educators serving as learning facilitators and advisors.

Greg opens his students’ eyes to possibilities of learning – he doesn’t believe in staying confined to the silo of his subject, because that’s not how life works, and that’s not how inspiration works. His global studies now includes a long-term project called PANc (PAN meaning all, c meaning community), in a conscious effort to pair global issues and the York community. Students focus on a global issue, explore it through art, and then connect it locally. Culminating presentations have been short films, a photography installation, a musical collaboration, and an awards presentation.

Not only does Greg take a very creative approach to teaching, but he nurtures creativity within every student by giving them autonomy over their learning experience. They are each the sculptor of their own education.

“I want students to have faith in the learning process. Every student has a different pathway to obtaining and sharing information. They also need every opportunity to create. As educators, we need to foster and design learning that pushes students to construct their ideas and make connections that they have never seen before.” – Greg Wimmer

Monster Drawing Rallies were initially conceived by Southern Exposure in San Francisco, and have been recreated by nonprofit organizations in cities like Richmond, Brooklyn, Cleveland, Los Angeles, and now YORK! Part performance, part art-bazaar, the Monster Drawing Rally offers a rare opportunity to watch artists work and then purchase their completed pieces! See art-making in action; connect with local artists; mingle with friends! Food and beverages will be available on site for purchase.

Blank Page to Painting in 28 Seconds

York artist Peter Danko creates a painting in 25 minutes, shown in 28 seconds in this time-lapse video. Danko was one of 25 local artists participating in the 2015 Monster Drawing Rally, where artists created work from scratch in 25 minutes.

The Creative York Awards celebrate creativity in our community.

Individuals, organizations, events, and/or businesses are honored during the event. Their stories will be told in the weeks leading up to the big night. The awards also promote visibility, economic development and the innovative spirit of the thriving Creative York community. All ticket proceeds benefit Creative York’s arts education and creative programs for kids and adults in York County.
END_OF_DOCUMENT_TOKEN_TO_BE_REPLACED

in Creative York Awards /by CreativeYork

Bring your favorite prepared dish or beverage to share as we celebrate art and creativity at the next Creative York Artists’ Feast. These gatherings are an opportunity for artists and art enthusiasts to discuss art, cultivate new friendships, and to strengthen the bonds of the artistic community here in York.

Our Artists’ Feasts are held on a quarterly basis at Creative York West located at 118 W Philadelphia Street in York PA (**Due to construction, 2015 Artists’ Feasts will be held at CoWork155 at 155 W Market St.**).  You’re welcome to bring drinks, dinners, desserts, and anything in-between (including artwork)! We provide paper plates and cutlery.

in Artists Feasts, Events /by CreativeYork

Our Creative Happy Hours will resume in the spring. Stay tuned for more details.

in Creative Happy Hours /by CreativeYork

We’re excited to announce that the 2015 Creative York Awards, presented by CGA Law Firm, will take place at The Bond — a unique industrial event space on the cornerstone of Royal Square in downtown York!

The Creative York Awards are all about celebrating creativity in our community. York individuals, organizations, events, and/or businesses will be honored during the event.  Stories will be told in the weeks leading up to the big night.  David Kelley will share his insights about fostering creative confidence, creativity and human centered design. END_OF_DOCUMENT_TOKEN_TO_BE_REPLACED

Creative York is proud to announce David Kelley as the keynote speaker for the second annual Creative York Awards, presented by CGA Law Firm, on October 23, 2015. Mr. Kelley is coming to York to share his insights about fostering creative confidence, creativity and human centered design. His keynote remarks are sponsored by Graham Innovation Scholars of York College.

END_OF_DOCUMENT_TOKEN_TO_BE_REPLACED

Check back for more details on our annual fundraiser.